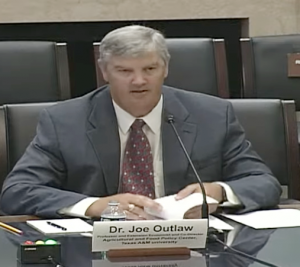 Among the expert witnesses who testified was Joe Outlaw, Ph.D., professor, extension economist and co-director of the Texas A&M University Agricultural and Food Policy Center in College Station, Texas.

Subcommittee chair Rep. Cheri Bustos (D-Ill.) called the meeting to order saying that since the 2018 Farm Bill was written, farmers have experienced multiple economic impacts, including a trade war with China, marketing and supply chain disruptions caused by the COVID-19 pandemic, historic weather events, and extreme volatility in commodity and input markets — caused, in part, by the Ukraine invasion. “All of these conditions provide indications of how our current Farm Bill has been functioning,” she added.

The witnesses were asked to testify concerning how commodity programs have worked for producers as a safety net, as well as the role the Federal Crop Insurance Program has played in helping producers manage risk.

Joe Outlaw Testimony
Outlaw’s testimony summarized a recent report from the Agricultural and Food Policy Center that analyzed farm profitability in 2022, relative to 2021, of 64 representative crop farms in the face of higher input and output prices. The report is titled “Economic Impact of Higher Crop and Input Prices on AFPC’s Representative Crop Farms,” and can be read here.

Key points from his testimony include the following:

To watch the livestream of the hearing, click here. 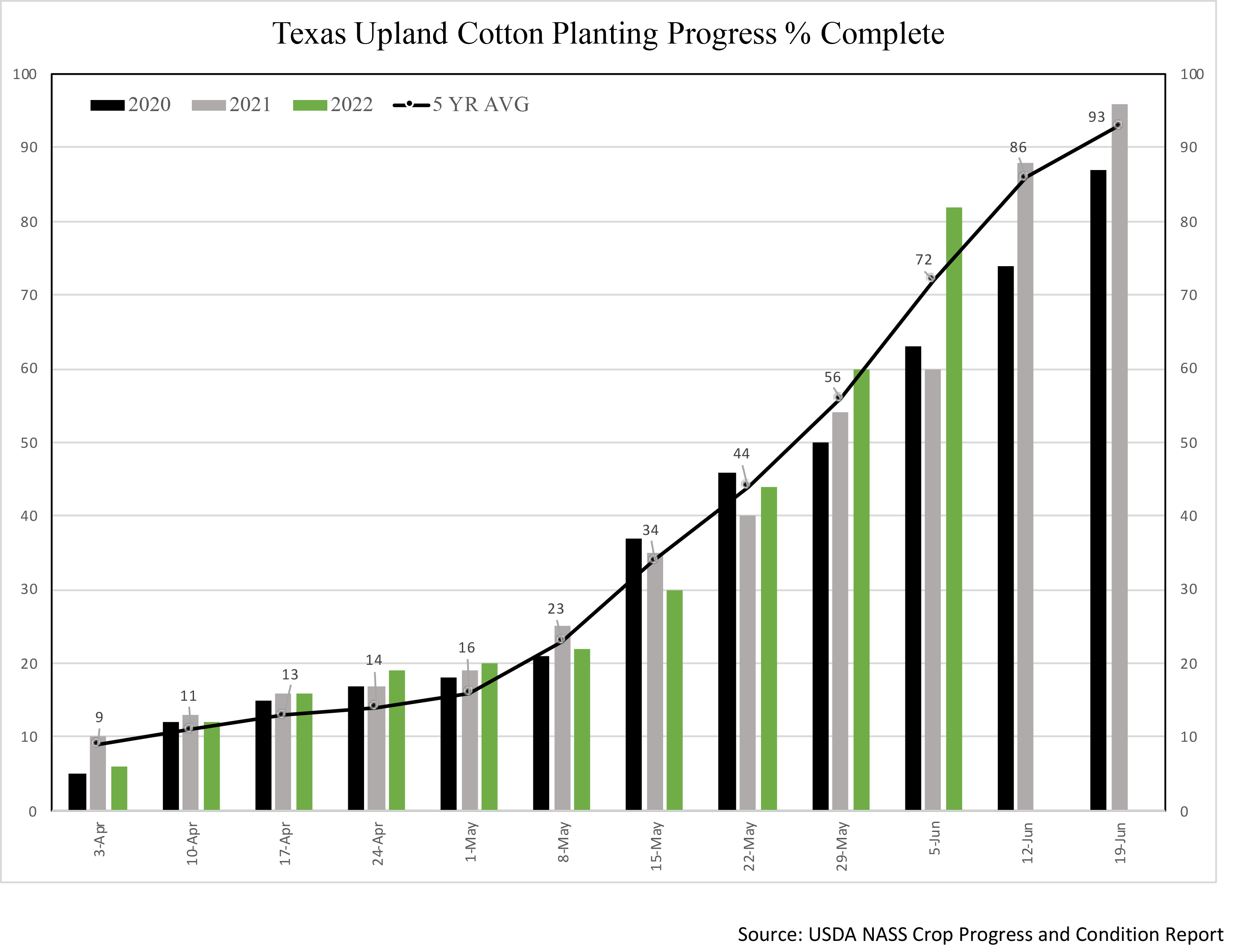 Sen. John Boozman (R-Ark.), ranking member of the Senate Committee on Agriculture, Nutrition, and Forestry and Rep. Glenn “GT” Thompson (R-Pa.), ranking member of the House Committee on Agriculture, are calling on the Biden administration to withdraw its current brief before the Supreme Court in a case involving the Environmental Protection Agency’s (EPA) federal registration authority of Roundup, an essential glyphosate-based herbicide used for crop protection.

In a letter to President Biden, the ranking members question the White House’s rationale for filing the brief based on a “change in administration” and seek answers as to why the Solicitor General modified its long-standing position that EPA maintains federal preemption authority on all crop protection tools without consulting the relevant agency subject matter experts.

“Such a reversal coupled with the lack of consultation with subject matter experts is incredibly concerning. Simply citing a ‘change in administration’ as a cause and justification for completely undermining an agency’s federal preemption authority, clearly established by Congress, is egregious. The Solicitor General’s actions not only insert significant ambiguity into FIFRA [Federal Insecticide, Fungicide, and Rodenticide Act], but also upends a host of statutory preemption authorities and the general use of crop protection tools, and further threatens global food security,” Boozman and Thompson wrote.

The ranking members’ letter spells out the negative long-term consequences the Ninth Circuit’s decision would have should it be allowed to stand.

“If the Ninth Circuit’s decision is left in place, not only will growers lose a critical tool from their toolbox, but EPA’s registration process will eventually evolve into a state-by-state patchwork that will thwart the science-based and risk-based process Congress has specifically directed EPA to carry out.  Importantly, any marketplace confusion will take place during an emerging global food crisis and growing food insecurity,” Boozman and Thompson wrote.

The 70th West Texas Agricultural Chemicals Institute (WTACI) Annual Meeting will be held at the FiberMax Center for Discovery on Sept. 14, 2022.

“We have a great speaker lineup that will tackle weather, multi crop IPM, weeds and more,” said Joni Blount, WTACI president. “There will also be a panel on supply chain issues and what to expect in the future with views from distributors, fertility experts and growers.”