Cracking Down on Ocean Freight Companies 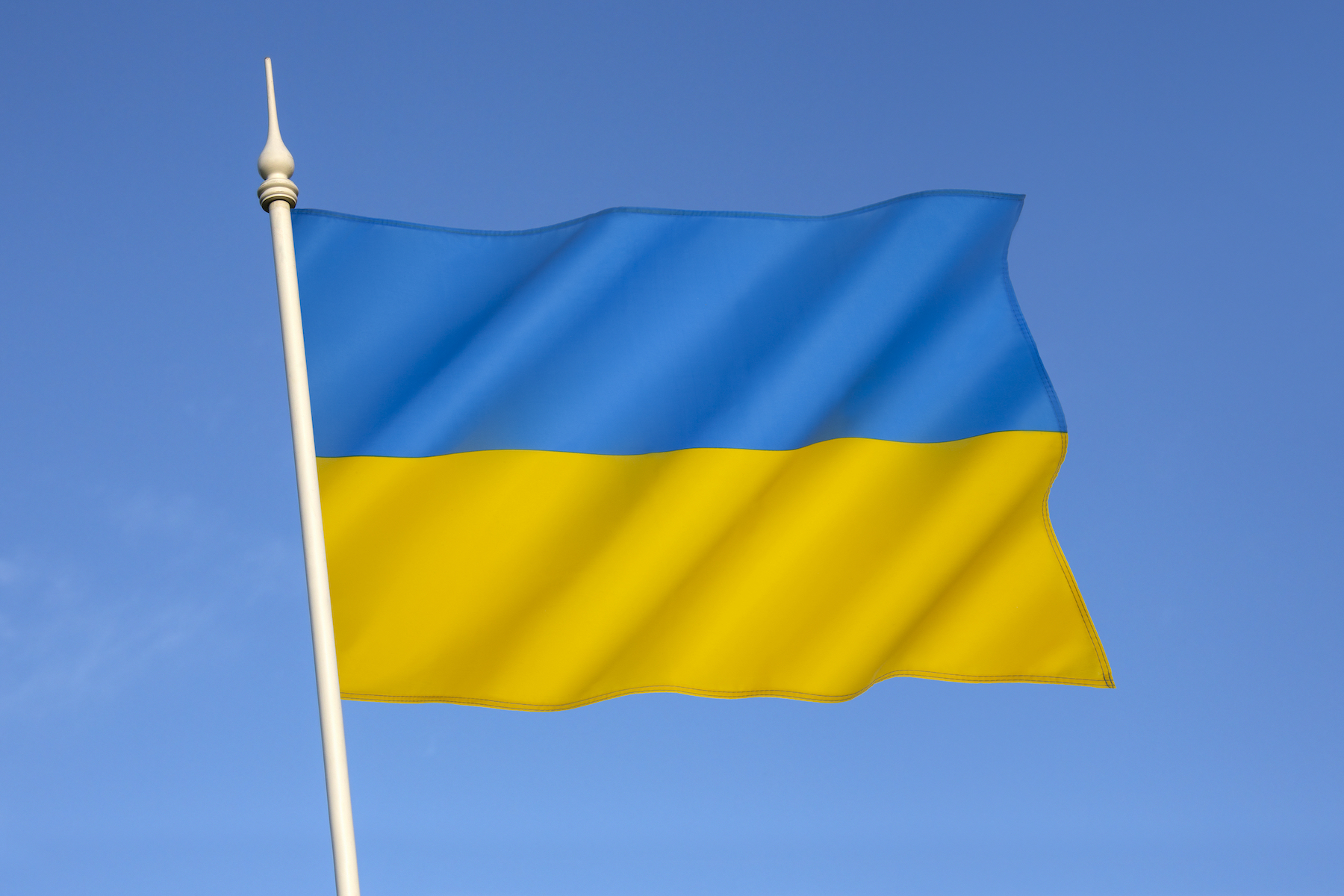 On Feb. 24, 2022, the world woke up to find Russia had launched a large-scale military invasion of Ukraine. Global markets went into a tailspin, particularly in the energy sector, but what does this mean for U.S. cotton?

The grain complex saw a hike in prices, according to Jeff Thompson with Autauga Quality Cotton. Ukraine is the fifth largest exporter of wheat while Russia exports 20% of the world’s corn.

However, little impact is expected on the cotton crop. Russia only imports 125,000 bales annually, and Russian retail is responsible for a mere 3.2% of the world’s cotton consumption.

So, how will cotton be affected? Inflation.

ENERGY
Russia is the third-largest producer of petroleum in the world. According to the American Fuel and Petrochemical Manufacturers trade association, the U.S. imported an average of 209,000 barrels of crude oil and 500,000 barrels of other petroleum products per day last year.

While the U.S. has not sanctioned Russian oil, traders are avoiding it; therefore, fuel prices are expected to rise.

FOOD
Fertilizer prices have already increased because of shipping and logistics issues tied to the pandemic, but now the increased prices on natural gas — a key production input — are adding to the problem, said Elizabeth Elkin with Bloomberg Businessweek.

Since Russia — who exported $55.5 billion worth of natural gas in 2021 — invaded Ukraine, these prices may rise even higher.

“No other nation has the same breadth of readily exportable fertilizer supply,” said Alexis Maxwell, an analyst with Bloomberg’s fertilizer analysis and news publication “Green Markets.”

The U.S. Department of Agriculture’s 2022 food price inflation forecast showed increased food prices as expected, according to Jim Wiesemeyer, with ProFarmer. USDA expects food price inflation in 2022 to be from 2.5% to 3.5% based on the Consumer Price Index. Rates may rise higher if geopolitical tensions escalate further.

“There’s two sides to the impact on cotton,” said Darren Hudson, Ph.D., Professor and Larry Combest Endowed Chair for Agricultural Competitiveness at Texas Tech University. “On one side, prices are moving in favor of grains, which will affect producers’ planting intentions going forward. And on the input side, costs continue to rise.”

As far as planting, the High Plains region won’t change much, Hudson added. “We may see more sorghum, but the climate doesn’t support a lot of corn up here.”

Spending habits will change, too. As prices increase, consumers may postpone purchasing nonessential items, like apparel, which can impact the textile trade.

So, where to from here?

“Suffice it to say, markets often overreact negatively to such black swan events,” Thompson said. “Once viewed in a calmer manner, the situation often appears less bleak. It’s too early to hit the panic button. Nonetheless, the window of opportunity is closing as world consumption of 124 million bales comes into question here soon.” 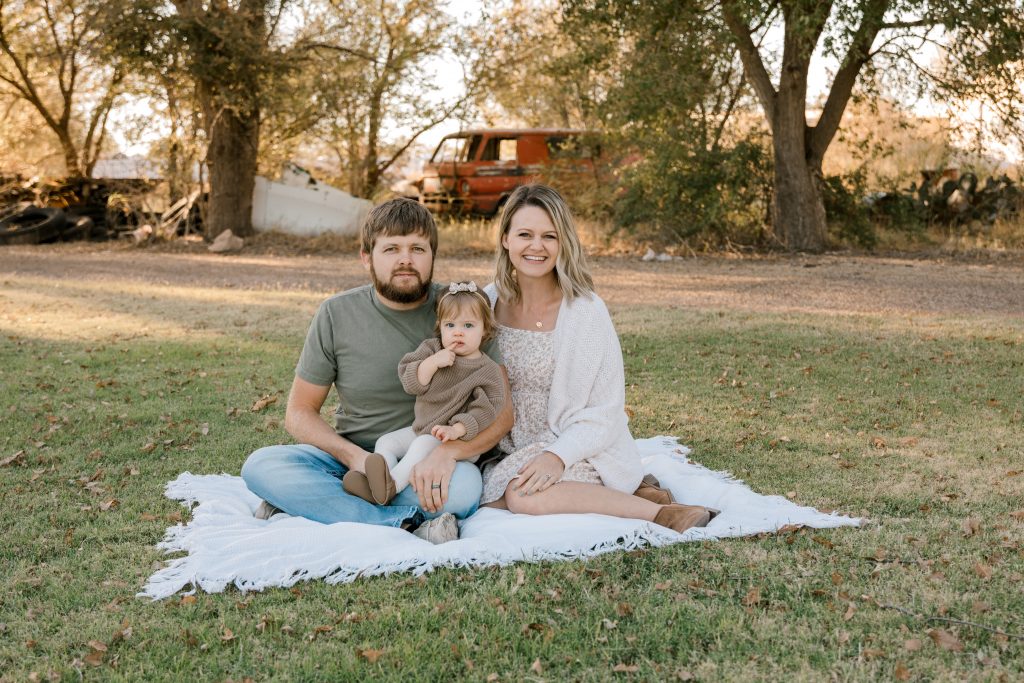 Oobree Martens with his wife, Nellie, and daughter, Ivy.

How did you become involved in posting on social media?

I originally bought a drone just to use as a hobby. I enjoy capturing images and videos of the farm while I’m working and decided to start an Instagram account. When I first started posting on social media in 2017, I wasn’t gaining much traction, but now it’s really taken off. (Martens has 27,300 Instagram followers. His Instagram handle is @Oobree Farms and his Oobree Farms YouTube channel has more than 7,000 subscribers.)

Has your social media presence provided educational value to your followers?

Yes, I get a ton of questions about farming practices and what I use in terms of equipment and products. I didn’t expect that to happen, but it’s good to see interest in agriculture and farming.

What’s the most rewarding part for you?

I enjoy the connection I now have through social media with farmers from other parts of the country and the world. It’s interesting to see how farmers grow and harvest crops in different geographic locations. Though sometimes, I do get jealous of dryland cotton farmers up north who get more precipitation than I can irrigate here.

When did you begin farming?

I helped my dad from an early age and started farming my own land at age 18. At that time, I had one circle of land (120 acres), but I’ve grown my operation to about 1,000 acres of cotton and hundreds of more acres in peanuts. Farming is all I’ve ever known and it’s all I’ve ever wanted to do. I would love to pass my business on to my children. My daughter is 18 months old — if she wants to do it, I’ll certainly support that.

What kind of drones do you use?

I use a DJI Mavic 2 Pro, which is a bit of an investment. I did some research and watched YouTube videos comparing different drone models and figured out quickly that you get what you pay for. I wanted high-quality images and videos so I invested in a high-caliber drone.

How much talent does it take to fly one?

It’s easy enough. I often fly my drone while I’m driving the tractor. Everything is GPS enabled so that makes it easier. My drone is covered in sensors so that it can locate objects in the way and not run into them, but I turn those off. One time when I had the sensors on, I was flying too close to the tractor tire and the drone told me it was about to shut off because the sensor told it the tire was near. So had I not had quick reflexes and jerked it up into the air, I would have plowed it into the ground — it does take a little practice.

Cracking Down on Ocean Freight Companies

President Biden announced Monday an agreement between the Department of 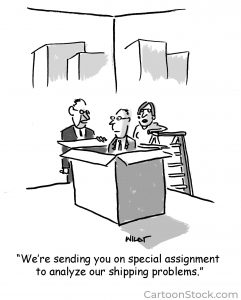 Justice (DOJ) and the Federal Maritime Commission (FMC) and that the White House will “make sure large ocean freight companies cannot take advantage of U.S. businesses and consumers.”

Right now, three global alliances, made up entirely of foreign companies, control almost all of ocean freight shipping, giving them the power to raise prices on American businesses and consumers, which threatens our national security and economic competitiveness, the White House said.

The agencies’ announcement explains that competition in the maritime industry is integral to lowering prices, improving the quality of service, and strengthening the resilience of supply chains.

The projected insurance price for upland cotton for counties with a March 15th sales closing date was set at $1.03 per pound by the U.S. Department of Agriculture Risk Management Agency. The price discovery period ended on February 28th.

Shawn Wade, director of Policy Analysis and Research, breaks down ARC/PLC and crop insurance options in this video.