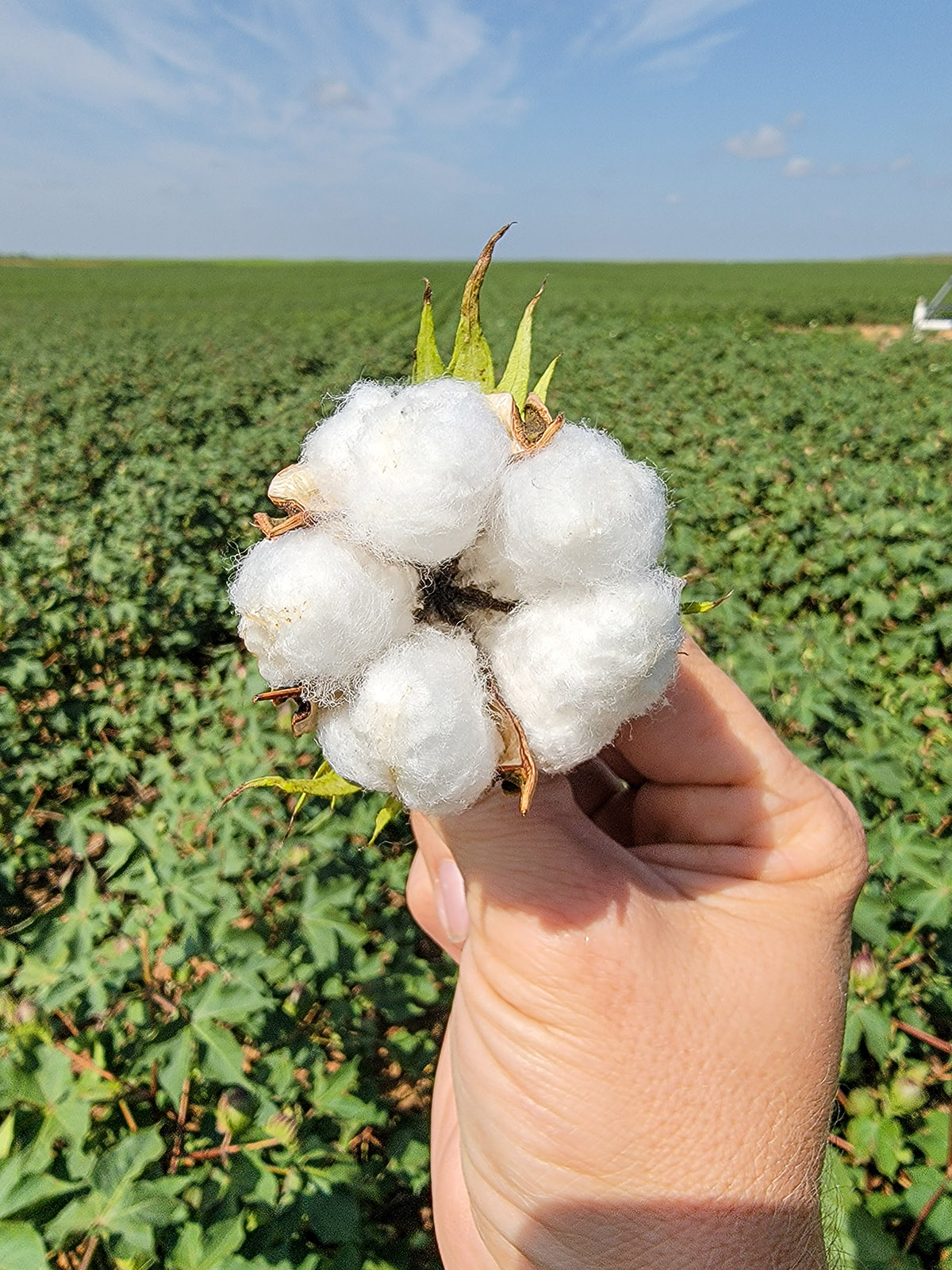 Should producers spray for insects?

Cotton bolls that have accumulated at least 350 heat units are considered safe from damage by worms or Lygus. Bolls are safe from stink bugs once they have reached 450 heat units. Most of the area heat unit accumulation since August 1st is near the 450 heat unit threshold, according to Kerry Siders, Integrated Pest Management extension agent for Cochran, Hockley and Lamb Counties, which means they are likely safe from a late flush of these pests. The same is true for bolls set after August 1st — once they reach these heat unit benchmarks.

“I’m not saying that everybody’s out of the woods in terms of insects, because there is a fair amount of insect pressure out there in all crops,” said Kerry Siders, Integrated Pest Management extension agent for Cochran, Hockley and Lamb Counties. “However, be very careful of suggesting to someone to treat, because, even if there is damage, it may not justify the expense to treat.”

“There are many Lygus bugs out there,” added Megha Parajulee, Ph.D., professor in the Texas A&M University Department of Entomology. “However, that’s just because they’re reproducing quickly and in great number during this time of the season. That doesn’t mean they’re damaging cotton plants, even though you may see many of them when you scout.”

One exception to this argument is the presence of cotton aphids. If late aphids are in your field, it might be worth looking into treatment options. 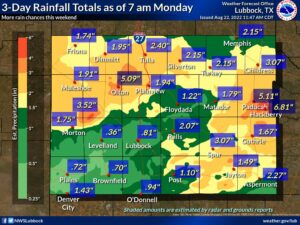 How much weed pressure is out there?

The rains that hit southern portions of the High Plains earlier this week have caused some regrowth in cotton plants. Siders pointed out last week that many fields don’t have a sufficient boll load to keep regrowth in check, which will negatively impact what little yield those fields were going to bring in before the rain. Several areas received downpours — Afton, Texas, received 8 inches of rain in less than 24 hours — while other areas received little. Lubbock, Texas, had received less than an inch as of 7 a.m. on Monday, Aug. 22, 2022.

Siders added this is the perfect time to start sampling your soil for nematodes. For years now, 80% of the fields in Siders’ territory have had nematodes. Even if it’s a fallow field, it’s still worth sampling, he added. Nematode samples collected prior to harvest may give the best estimate of nematode populations, so now is the time to do it.

One of the most common questions asked this year is, “Should I harvest low yielding cotton?” Will Keeling, extension risk management specialist in Lubbock, Texas, is putting together a spreadsheet to help producers as they make decisions for harvest. It’s estimated that the low supply of cotton worldwide could further increase market prices in October; therefore, experts advise against making hasty decisions. The spreadsheet will become available within the next two weeks.

The data is still subject to revision as additional acreage is processed and reported to FSA. It is very likely that some portion of the acres that have already been released by the federal crop insurance program have not yet been fully reported to FSA since claims are still open. It is expected that additional failed acres will be reported to FSA in the coming weeks.

“We also expect to see additional acres evaluated/appraised by crop insurance after we get to September 15th and the appraisal process switches from the stand count process to a boll count procedure” Wade added.

The abandonment percentage is calculated by dividing the failed acre total by total planted acres. 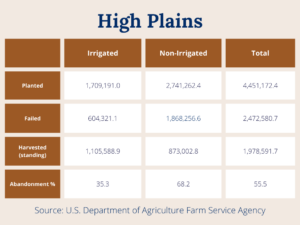 3. Textile initiative between the U.S. and Honduras Established