Over the last 24 hours I have received several calls about “a bug” that is being found in extremely high numbers. A majority of these inquires are coming from the southwest portion of Hockley County particularly near 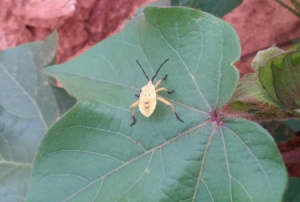 Sundown. So, this “bug’ is a true bug known as Mozena Obtusa Uhler plant bug. If you might recall we dealt with this insect back in August of 2014, mostly out in Cochran County then. The Mozena plant bug is in the family Coreidae, which a group of insects given the common name of leaffooted bug.

The common thread from 2014 to 2022 is our drought conditions. A couple other things: this insects’ primary host is mesquite, a legume. They feed on the beans. Dr. Pat Porter documented feeding on peas and corn in 2014. I noted them in cotton back in 2014, but ot the sheer numbers I am seeing now, and it is a month earlier. Reports from Midland and Odessa area indicate high populations there as well. All of this said, how important is this insect? Honestly in the numbers I have seen in cotton (+20 per cotton plant of the immature) occupying all parts of the plant, I am concerned. As evidence to support this concern is a particular field I scout weekly. Last week square set was perfect at 100% after the first 12 days of squaring. Then this week it dropped to 79%. No other insects, drip cotton, good moisture, no environmental event to point finger at, and yet missing squares not present to dissect to determine possible cause of death.

One think observed in this example I use is we did not find egg masses. Were these immature plant bugs hatched in this field or did they crawl? Understand, immatures do not have functioning wings yet. They can travel quickly on the ground, though. This insect is often treated like a stink bug; however, stink bugs typically do not feed on cotton squares but rather bolls. 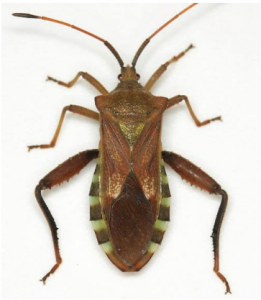 I would treat them more like a Lygus when they are present in these numbers (+5 per plant). Although not as damaging as a Lygus would be at these numbers. Dr. Suhas Vyavhare did put out an insecticide trial this morning (7/12/22) to see what works best. Typically, a pyrethroid would be considered first, but concern about flaring aphids always enters the picture. I will keep you informed of the results. Homeowners are calling about this insect as well. The most effective insecticides are the pyrethroid based products. Some examples of pyrethroid active ingredients include: bifenthrin, lambda-cyhalothrin, permethrin, cypermethrin and cyfluthrin. Insecticides, including organic products work best against the nymphal stages so frequent scouting of host plants is recommended to detect early stages of an infestation. When using an insecticide read and follow label directions for safety precautions, rates and preharvest intervals. If you have questions, feel free to call at (806)894-3150.

The Republican Leader of the Senate Committee on Agriculture, Nutrition, and Forestry, Sen. John Boozman (R-Ark.), and the Republican Leader of the House Agriculture Committee, Rep. Glenn “GT” Thompson (R-Pa.), sent a letter to the EPA about the concerning trend of disregarding scientifically-sound, risk-based regulatory processes, and unilaterally denying access to a range of crop protection tools.

In the letter, Boozman and Thompson write, “Russia’s war in Ukraine has sent shockwaves through the global food system resulting in increased energy prices, fertilizer cost spikes and shortages, and worsening food shortages in developing countries. As the world faces an emerging food crisis due to this conflict, our policies should be focused on supporting American production instead of creating further burden and ambiguity for our farmers and ranchers.”

They continue, “We once again seek your assurances and commitment to ensure this Administration and EPA cease the politicization of critical crop protection tools, adhere to a science-based and transparent regulatory process required under FIFRA, and defend the work of its career scientists to overcome these misguided decisions from the Ninth Circuit. Such actions would provide farmers and ranchers a consistent and predictable regulatory process necessary for U.S. producers to continue to feed, fuel, and clothe the world.”

BACKGROUND: The letter follows a previous bicameral letter led by Thompson and Boozman on November 19, 2021, which called on the EPA to rescind its decision to revoke all food tolerances for chlorpyrifos and ensure its future actions related to the registration or registration review of crop protection tools are consistent with the science-based, regulatory process required under EPA’s congressionally mandated authorities. To date, that letter has gone unanswered.

industry’s rebound in 2021 in his “State of the U.S. Textile Industry” address.

“If 2020 was a year marked by an economic downturn and once-in-a-generation pandemic and health crisis, 2021 was defined by a rebound of remarkable proportions in our industry — nearly on par with the performance of pre-pandemic levels in 2019. 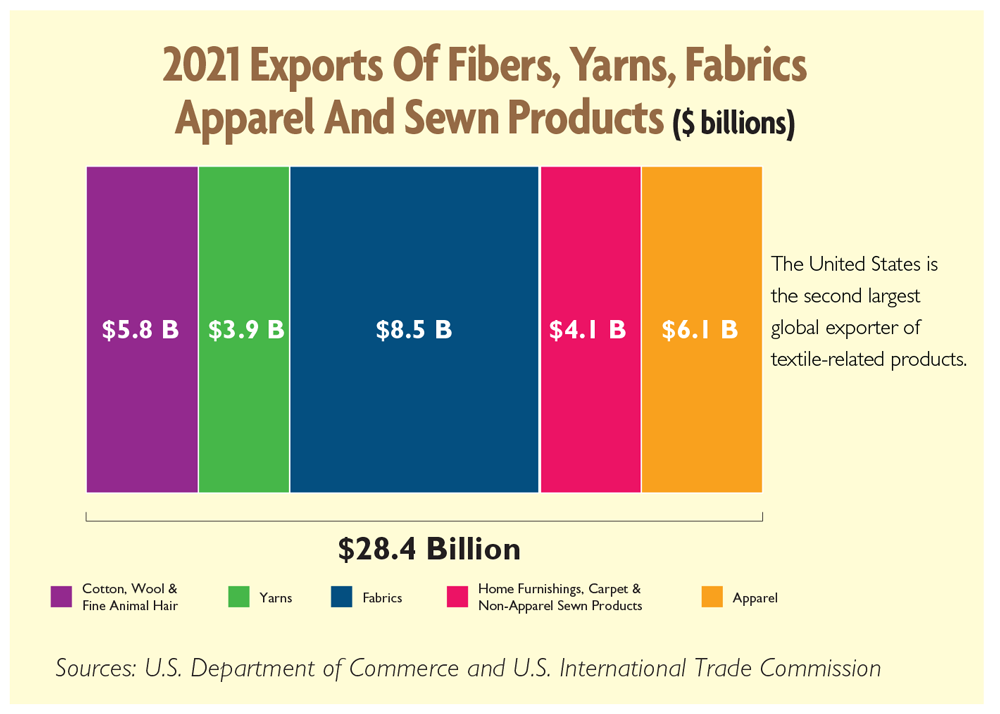 “We will closely monitor emerging issues this year, including spiking global fuel prices stemming from the Russian war of aggression on Ukraine and mounting inflationary pressures on consumer products, as well as the multitude of other issues highlighted,” Poston concluded.

Click to read the full article from Textile World.

Thoughts on the June Acreage Report