By amamartinezJanuary 5th, 2023No Comments

The language for the 2023 fiscal year (FY) $1.7 trillion omnibus spending package was released Dec. 20, 2022. The Senate quickly took up and passed the bill following several days of debate. As of press time, the House is still awaiting formal paperwork from the Senate. However, they are expected to receive all text and pass the bill before the current Continuing Resolution expires at midnight. Based on the language in the bill, we highlight the successes of Plains Cotton Growers’ advocacy efforts in Washington D.C. over the last year. 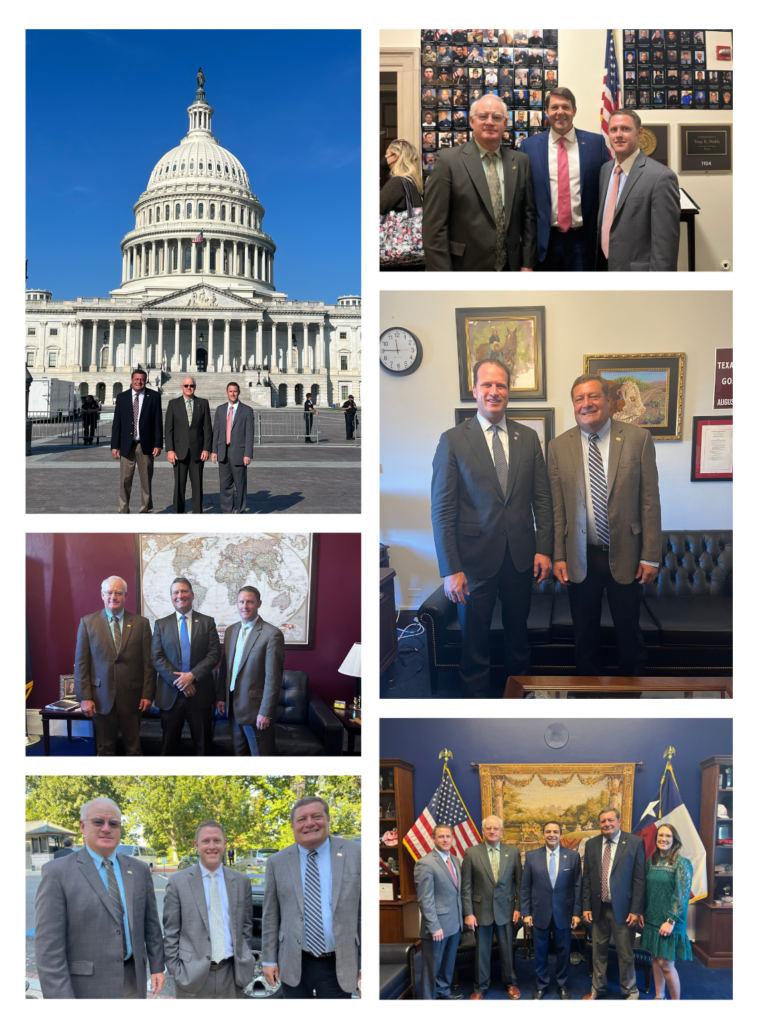 While disaster assistance has been extended to include the 2022 crop, legislative language gives USDA broad authority when developing and implementing the 2022 program but emphasizes that funding be dedicated for expenses related to losses of revenue, quality or production losses of crops. PCG will continue to engage with Congress and USDA as this much needed assistance is enacted and advocate that it be implemented in a similar fashion as ERP Phase 1.

This request was fully funded at $15.95 million — The role of the Cotton Pest Program is to eradicate the boll weevil and pink bollworm from all cotton-producing areas of the U.S. and northern Mexico in cooperation with the U.S. cotton industry, and Mexico.

This request was funded at $4 million for “necessary expenses associated with cotton classing activities including equipment and facility upgrades.”

The agreement directs the National Agricultural Statistics Service to “continue to work with stakeholders to better understand how to capture supplemental information for certain crops to help offset data losses from the discontinuation of agricultural statistics district level estimates.” However, the language does not mandate the restoration of district level estimate reporting for cotton as requested.

Update on Infrastructure-Related Spending Measures in the FY2023 Appropriations Bill

The merchandising segment of the cotton industry was successful in securing $100 million for the Cotton Merchandiser Pandemic Assistance Program. Subject to terms and conditions, as determined by the Secretary of Agriculture, this program will provide payments to merchandisers that purchased cotton from a U.S. cotton producer or marketed cotton on behalf of a U.S. cotton producer during the period of March 1, 2020 to the date of enactment of the FY23 spending bill.

Unfortunately, although highly advocated for by PCG and others, assistance for Texas cotton ginning infrastructure was not included in the final spending package. The logistics discussion of cotton industry infrastructure assistance is ongoing. PCG will continue to strive to address the lack of risk management tools especially in terms when throughput is short for infrastructure going into the new year as opportunities arise and as we move into 2023 Farm Bill discussions.

Next year, PCG will continue advocating for the capture of nearly $72 billion dollars in ad hoc assistance — distributed since the 2018 Farm Bill — into the 2023 Farm Bill baseline. It will take substantial financial resources to establish a healthy funding objective or baseline in which to execute strong farm policy. Robust farm legislation will be crucial to the cotton industry as we move forward, especially in terms of improvements to Title I programs such as Price Loss Coverage (PLC) or Agriculture Risk Coverage (ARC) programs, disaster assistance, crop insurance, trade and supply chain issues along with rising input costs.

We are proud to advocate for this industry and will continue to make sure your voices are heard, and solid policy is implemented that benefits our producers and industry as a whole. 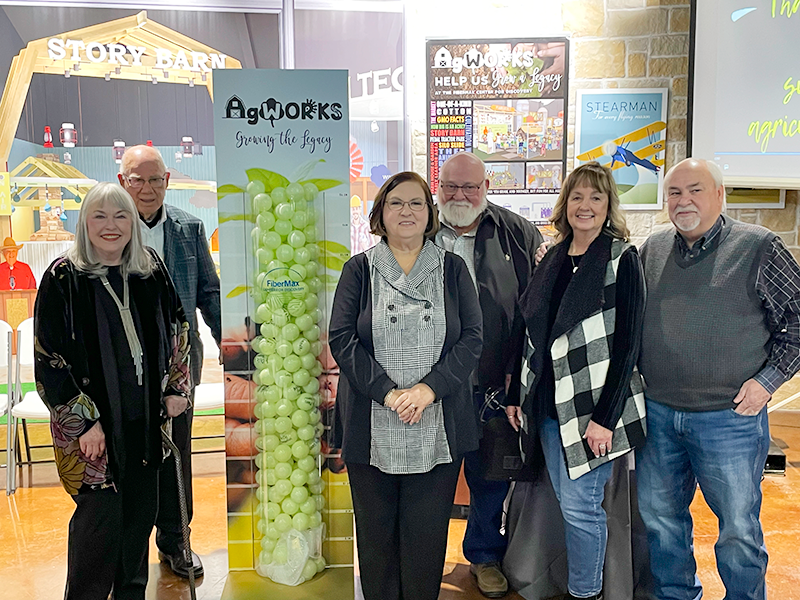 Craig and Ann McDonald, Terry and Sheri Hurst and Joe and Christy Hurst contributed a combined gift of $2.6 million toward the ‘Ag Works’ exhibit wing to be constructed next year at the FiberMax Center for Discovery.

Christmas came early for the FiberMax Center for Discovery, based in Lubbock, Texas. A $2.6 million combined gift was announced by the nonprofit agricultural history and education center on Wednesday, December 21st.

The joint donation was made by Craig and Ann McDonald of Lubbock, Joe and Christy Hurst of Idalou, and Terry and Sheri Hurst of Idalou. Their gift is the final funding needed to start construction on a one-of-a-kind agricultural literacy wing called AgWorks.

“It’s an honor to be able to be a part of this. When they first mentioned this, I knew this would be our deal for the museum,” said Joe Hurst at the press conference as he addressed the crowd on behalf of the three families.

AgWorks is a hands-on gallery focused on fourth grade and below, teaching visitors of all ages where their food and fiber come from and connecting them back to producers. Exhibits will include an irrigation water table, crop cycles, a large animal vet clinic, animal barn, grocery store, and more. Throughout the 5,000-square-foot gallery, visitors will also find a theme of careers in agriculture, where children can explore a variety of jobs from truck drivers to scientists.

“Every school, even 80-100 miles from here, every year, I’m going to say a 3rd or 4th grader will visit this museum on a field trip,” Joe Hurst said, emphasizing the educational impact the new wing would have.

Joe, Terry and Craig sold Hurst Farm Supply to South Plains Implement in November. “While we were sad to let go of the store, we knew it was time,” Joe added. “And it allowed us to be a part of this special project.”

The museum will break ground on the new exhibit wing in 2023. Construction will include a the agricultural literacy wing, Cotton Heritage Center, classroom and rotating exhibit gallery. 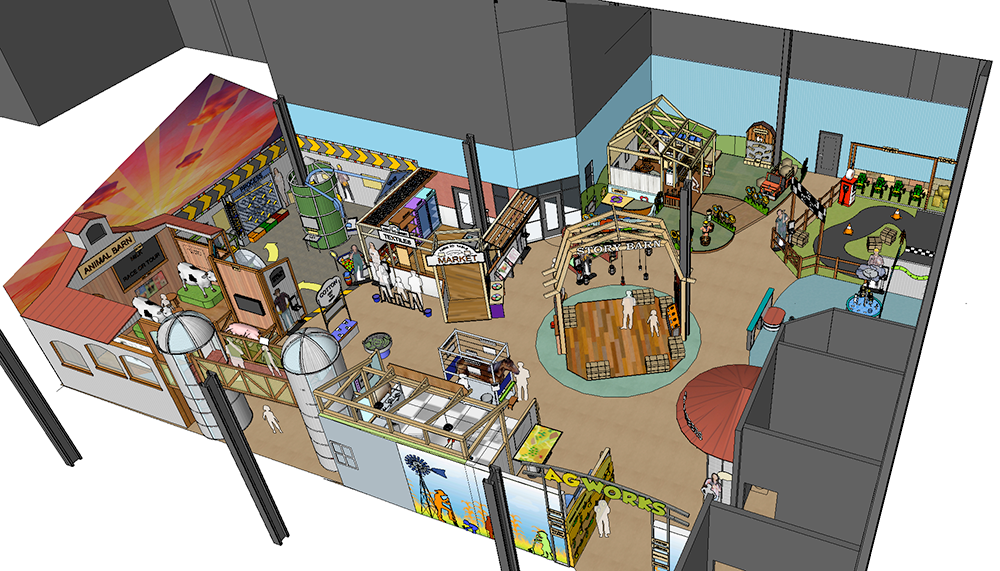 The museum will break ground on the new ‘AgWorks’ children’s wing in 2023.