Steve Verett, producer in Crosby County and former PCG CEO, was inducted into the Cotton Research and Promotion Hall of Fame on December 7, 2022.

The following is excerpted from his acceptance speech.

After being notified of this honor, I began reflecting on my career both as a cotton farmer and a staff member of Plains Cotton Growers.

I have been blessed to work with many of the past and current leaders of the industry over the last 40 years, but there is one effort that holds a special place in my life. 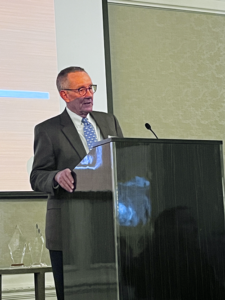 The charge of that committee was to review the cotton marketing system and to recommend ways of improving its efficiency.

I was surprised to find that there were four members of that committee — Billy Carter, Jack Hamilton, Hal Lewis and Preston Sasser — already inducted into the Cotton Research and Promotion Hall of Fame (CRPHOF) and, now, I will be the fifth. Additionally, Jesse Moore, who headed the cotton division of the Agricultural Marketing Service, is also a CRPHOF member.

I can assure you the work of the committee was not easy as we were trying to change a system that had been in place since 1937. I say all of this to remind us how far this industry has come since the adoption of HVI as the official class beginning with the 1991 crop.

While there was great deliberation by the committee in making that decision, and some consternation, I believe all of us would now have to say that adopting HVI as the official class for U.S. cotton — along with changes to the loan premium and discount schedule — allowed the USDA class to become the world standard and provided a system that enabled the U.S. cotton industry to make great improvements in the U.S. crop over the last 31 years.

Again, thank you for honoring me with this special award.

The House Republican Steering Committee elected Rep. Glenn “GT” Thompson (R-Pa.) as chairman of the House Committee on Agriculture for the 118th Congress on December 7.

Thompson has served as a Congressional member and on the House Agriculture Committee since 2008. He served alongside former representative Mike Conaway who he credits for his education on the cotton industry.

“We will keep our foot on the gas to deliver principled solutions, robust oversight and a Farm Bill that is responsive to the needs of our country’s farmers, ranchers and foresters,” Thompson said.

Learn more about Thompson from his story in the June 24, 2022 issue of Cotton News. 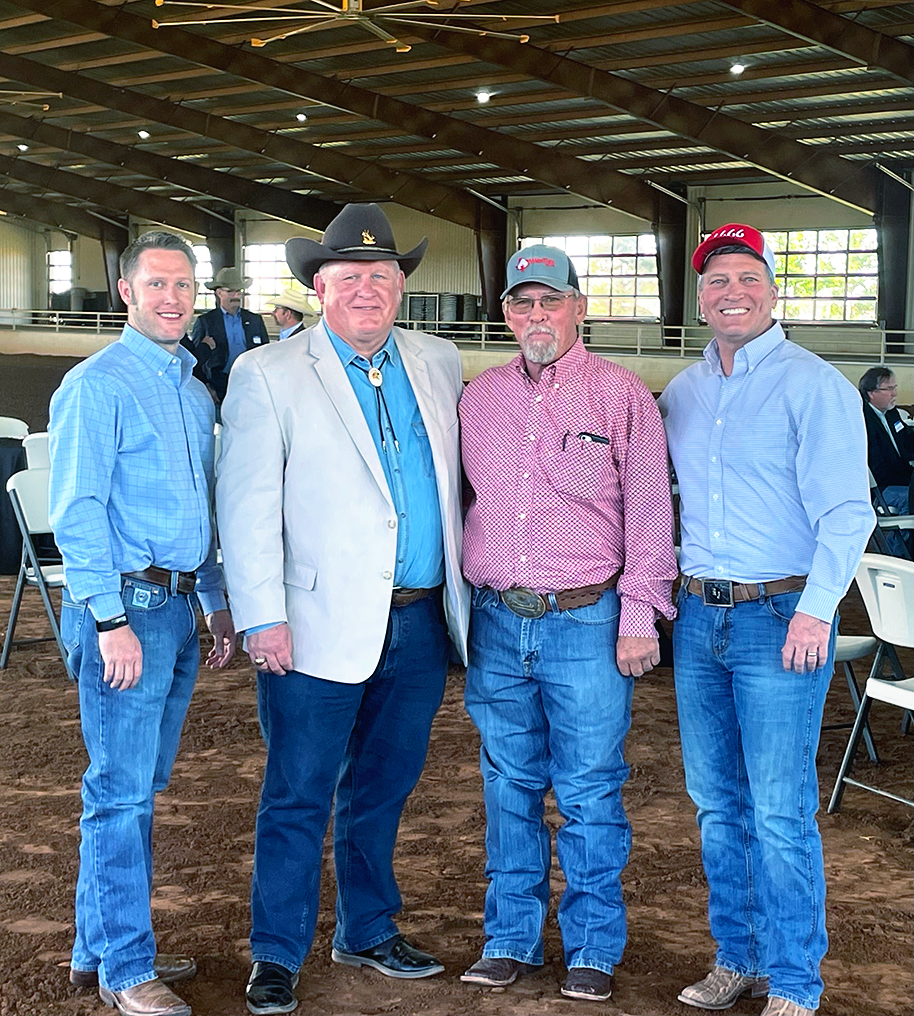 Plains Cotton Growers Inc. joined 33 other agricultural organizations in a letter to the House and Senate Appropriations Committee requesting language in the fiscal year 2023 omnibus spending package that would extend the Emergency Relief Program to cover losses for  the 2022 crop.

“Farm and ranch families from across the country continue to be harmed by extraordinary natural disasters, including a severe and chronic drought gripping much of the U.S.,” the letter states. “Hurricane Ian, damaging freezes in the southeastern U.S. earlier this year, and late planting due to flooding and other weather conditions, to name only a few hardships facing producers in 2022.”

The letter also mentions strengthening the farm safety net in the 2023 Farm Bill to reduce, if not eliminate, the need for ad hoc programs. “However, including an extension of ERP for 2022 losses would serve as a critical bridge to the next farm bill,” the letter added.