Update from The Hill

$5 Per Gallon in Our Future?

Update from The Hill

Once the nearly 2,700-page spending bill was released, chaos ensued. More than a dozen Democratic lawmakers objected to a deal struck by Democrat and GOP leadership without their knowledge that re-purposed nearly $16 billion in previously allocated COVID-19 relief — originally intended to pay for COVID-19 supplies and treatments. After hours of in-fighting among the Democratic Party, Democrat leadership eventually pulled the COVID-19 aid provision entirely from the final package with the hopes to address it at a later date.

Finally, around 10:00 p.m. Wednesday evening, Democrats were able to pass the FY spending deal along with a separate four-day continuing resolution to avoid a government shutdown set to take place on March 11th.

Thursday evening, the Senate cleared the spending package for President Biden’s signature. The bill should be enacted by or before March 15th

While agriculture-related provisions of the spending package are still under review, one key item involves directing the National Agriculture Statistics Service (NASS) to communicate with stakeholders regarding capturing supplemental information for certain crops, like cotton, at an agricultural statistics district (ASD) level estimate of which NASS discontinued without Congressional oversight in 2018.

Addressing cotton ASD level projections for both in-season and end-of-season reporting estimates is a provision prioritized by both Plains Cotton Growers Inc. and the National Cotton Council. We are very appreciative of the leadership led by Chairman Sanford Bishop (D-GA), Congressman Henry Cuellar (D-TX) and Senator John Cornyn (R-TX) on this issue.

$5 Per Gallon in Our Future? 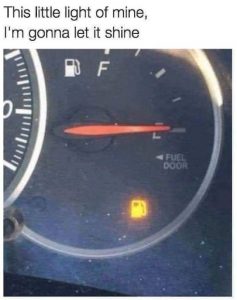 prices would go up. Some analysts are upping the odds of a $5-plus regular gasoline average on the horizon. While oil came back down after surging to nearly $140 a barrel early Monday, investors are betting it’s going to spike again soon, said Jim Wisemeyer with ProFarmer. “Currently, the price for a gallon of regular gasoline soared to a new record high of $4.14, breaking the previous record of $4.11 set in 2008,” Wisemeyer added.

Sen. John Boozman (R-Ark.), ranking member on the Senate Agriculture Committee, asked U.S. Department of Agriculture Secretary Tom Vilsack to extend the sign-up deadline for the Conservation Reserve Program (CRP) because of the war in Ukraine.

Boozman also asked Vilsack to consider an increase in the flexibility of crop insurance purchases. Allowing U.S. farmers to evaluate whether it is better to raise and insure a crop or enroll the land in CRP — given the uncertainties in Ukraine — necessitates an extension in the sign-up deadline, he argued.

“Further, should conditions in Ukraine continue to deteriorate, consideration should be given to continued opportunities to graze livestock on CRP ground without penalty, and a one-time waiver to plant a spring crop on CRP cropland, that is not environmentally sensitive, to offset anticipated product losses in Ukraine.”

Thus far, there is no change in USDA’s position.

The Environmental Protection Agency mandates all applicators of dicamba products must attend annual training to ensure label compliance and stewardship. Opportunities to attend in-person training or a self-paced online course can be found at the following websites: